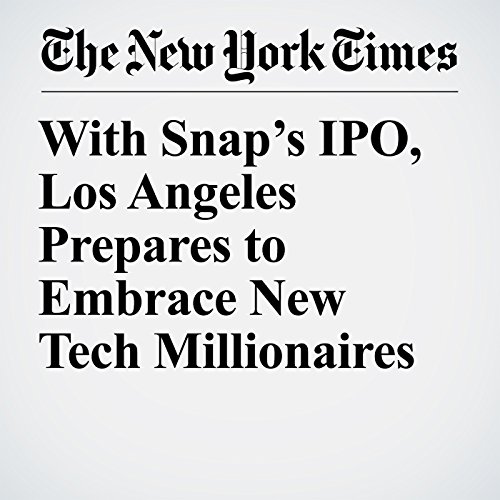 Now such a moment may be upon Los Angeles. Next month, Snap, the parent company of the disappearing-message app Snapchat, which is based in the Venice neighborhood, is set to go public — and in the process mint a wave of tech millionaires and billionaires in a city better known for its well-paid Hollywood stars.

"With Snap’s IPO, Los Angeles Prepares to Embrace New Tech Millionaires" is from the February 20, 2017 Business section of The New York Times. It was written by Katie Benner and narrated by Kristi Burns.