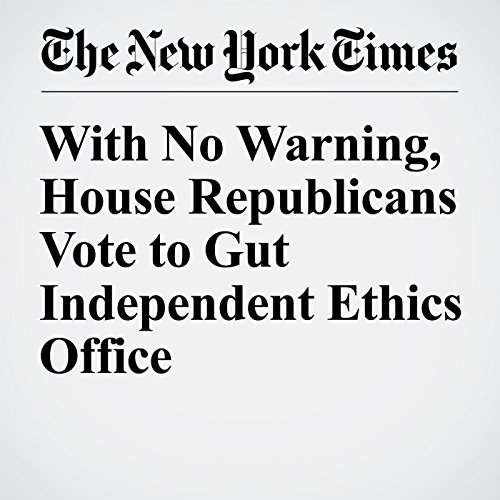 The move to effectively kill the Office of Congressional Ethics was not made public until late Monday, when Rep. Robert W. Goodlatte, R-Va., chairman of the House Judiciary Committee, announced that the House Republican Conference had approved the change. There was no advance notice or debate on the measure.

"With No Warning, House Republicans Vote to Gut Independent Ethics Office" is from the January 02, 2017 United States section of The New York Times. It was written by Eric Lipton and narrated by Caroline Miller.