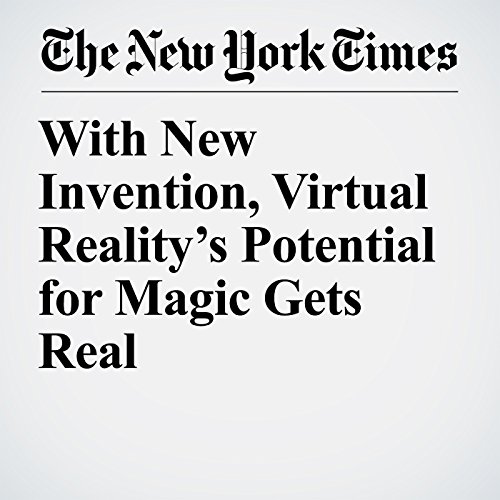 Would people, especially young people, pay $20 a head to experience this kind of “hyper-reality”? The Void, which has refined the concept of mapping a virtual world over a physical set, believes they will — in fact, a first location near Times Square is making money. Featuring the same “Ghostbusters” storyline, the attraction opened in July at Madame Tussauds New York and has since sold more than 43,000 tickets, translating to nearly $900,000 in revenue.

"With New Invention, Virtual Reality’s Potential for Magic Gets Real" is from the February 19, 2017 Technology section of The New York Times. It was written by Brooks Barnes and narrated by Kristi Burns.