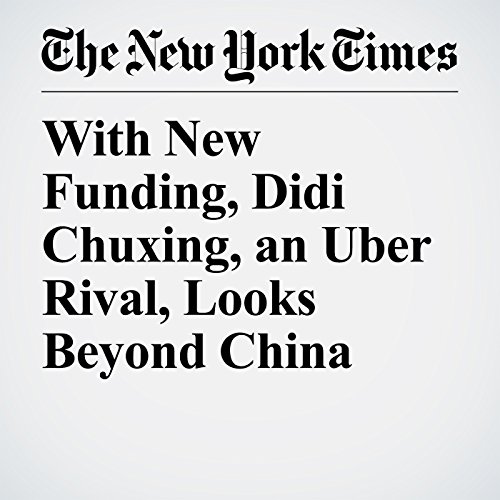 When Uber pulled out of China last summer, it appeared to be the end of two years of frenzied competition with local rival Didi Chuxing.Yet with a new funding round that has brought in $5.5 billion, it seems the Chinese firm wants to take the rivalry global.

"With New Funding, Didi Chuxing, an Uber Rival, Looks Beyond China" is from the April 28, 2017 Business section of The New York Times. It was written by Paul Mozur and narrated by Mike DelGaudio.