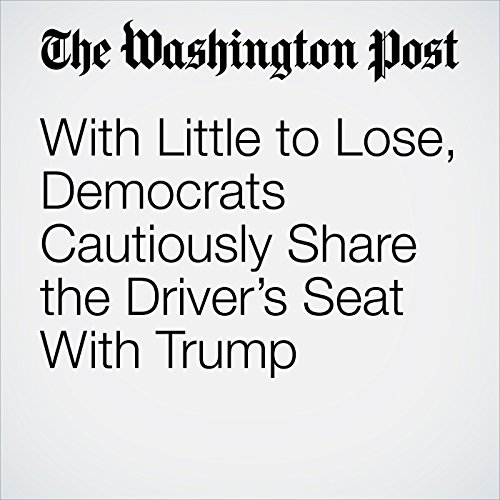 Democratic lawmakers shut out of governance for much of this year now find themselves at the center of high-stakes negotiations with President Trump that could achieve a prize they have sought for nearly a decade: permanent legal status for hundreds of thousands of undocumented immigrants.

"With Little to Lose, Democrats Cautiously Share the Driver’s Seat With Trump" is from the September 16, 2017 PowerPost section of The Washington Post. It was written by Paul Kane, Ed O'Keefe and Ashley Parker and narrated by Sam Scholl.