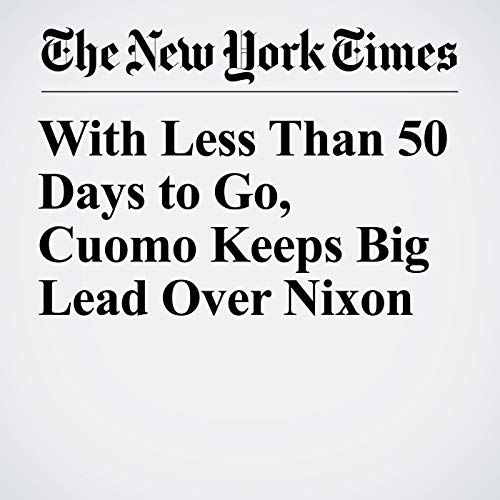 With Less Than 50 Days to Go, Cuomo Keeps Big Lead Over Nixon

NEW YORK — Gov. Andrew M. Cuomo continues to hold a dominant lead over Cynthia Nixon, according to a new Siena College poll of likely Democratic primary voters, outpacing the activist and actress by 31 percentage points with less than 50 days until the primary.

"With Less Than 50 Days to Go, Cuomo Keeps Big Lead Over Nixon" is from the July 31, 2018 U.S. section of The New York Times. It was written by Shane Goldmacher and narrated by Kristi Burns.