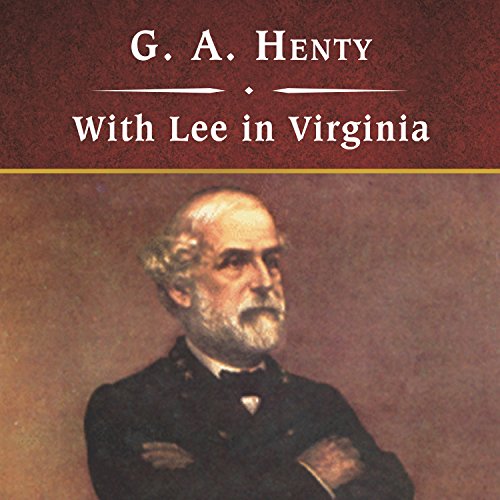 In this heroic clash of opposing conviction, Vincent Wingfield, a young spirited teenager and heir to a southern slave plantation, bravely proves his sympathy for brutally treated slaves and becomes a staunch supporter of slaves' rights. But, with the onset of the Civil War, Wingfield's fidelity to the state of Virginia leads him to serve under Robert E. Lee's cavalry and fight for the Confederacy.

Through his courage and readiness, he survives hairbreadth escapes, attempts on his life and two imprisonments. Henty provides an intriguing insight into the war's famous battles, the characters of Robert E. Lee and his lieutenants, and the vast complexities of the saddest conflict in the history of the United States.

Narration is wonderful and dramatic! My son and I found ourselves listening until the early hours. This book is very accurate concerning the history of the Civil War, while telling a wonderful tale filled with suspense and bravery. This one is a winner.

Good story! The narrator does not do southern very well. If you can ignore the Bland and inaccurate and annoying voices of the narrator then you will enjoy this. Bad narration does not bother me. I still enjoy the book so this was not a problem; although I know some people are very distracted by a poor narrator so want to give a fair assessment.

This could have been better...

This story is interesting enough, although it certainly resembles the 1985 television series NORTH & SOUTH in many places -- and the filmed story is much better performed. The narrator of this audiobook apparently felt the need to immitate each character's voice, whether male or female, and all of these voices & accents sound so similar that it's very difficult to determine who is speaking. He should have just read it in his own voice! I'll give two stars to the author, but the narrator gets zero.