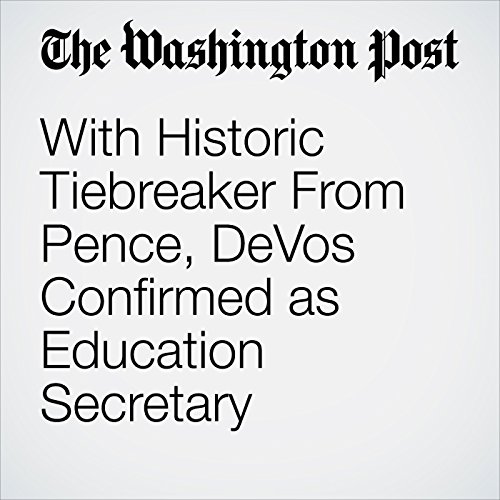 The entire Democratic caucus of 48 senators voted against DeVos, as did two Republicans, Lisa Murkowski of Alaska and Susan Collins of Maine, who said they did not think that DeVos was qualified for the job.

"With Historic Tiebreaker From Pence, DeVos Confirmed as Education Secretary" is from the February 07, 2017 Politics section of The Washington Post. It was written by Emma Brown and narrated by Sam Scholl.