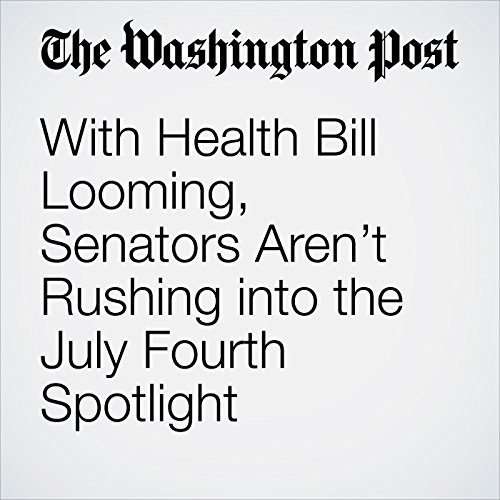 "With Health Bill Looming, Senators Aren’t Rushing into the July Fourth Spotlight" is from the July 02, 2017 Politics section of The Washington Post. It was written by Paul Kane and narrated by Barbara Benjamin-Creel.