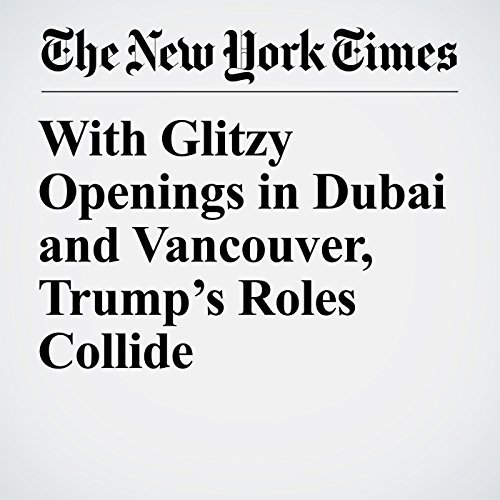 President Donald Trump’s partner in Dubai is Hussain Sajwani, a billionaire businessman who, like Trump, has built his wealth as an international real estate mogul. On New Year’s Eve, Trump’s called Sajwani’s family “the most beautiful people from Dubai” during a party in Florida.

"With Glitzy Openings in Dubai and Vancouver, Trump’s Roles Collide" is from the February 18, 2017 World section of The New York Times. It was written by Ben Hubbard, Eric Lipton, Dan Levin and Richard C. Paddock and narrated by Barbara Benjamin-Creel.