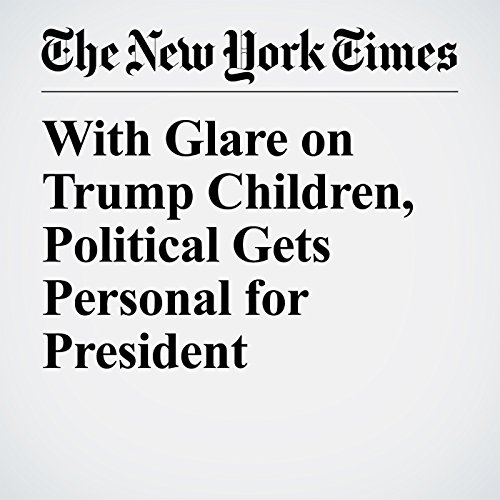 In private, President Donald Trump sometimes addresses his adult children as “baby,” a term of endearment tinged with a New Yorker’s wisecracking edge. And now that Trump’s babies have been swept into the vortex of his storm-tossed presidency, he is taking it personally.

"With Glare on Trump Children, Political Gets Personal for President" is from the July 12, 2017 World section of The New York Times. It was written by Mark Landler and Maggie Haberman and narrated by Kristi Burns.