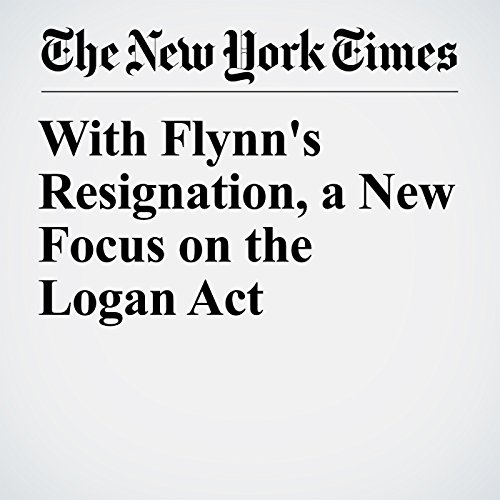 The resignation under pressure Monday night of President Donald Trump’s national security adviser, retired Lt. Gen. Michael T. Flynn, centers on the FBI's scrutiny of his phone calls in late 2016 with the Russian ambassador, Sergey I. Kislyak. The two apparently discussed sanctions the Obama administration was developing to punish Russia over allegations of interference in the 2016 presidential election; officials have asserted that Russia hacked Democratic emails and provided them to WikiLeaks for publication to help Trump.

"With Flynn's Resignation, a New Focus on the Logan Act" is from the February 14, 2017 World section of The New York Times. It was written by Charlie Savage and narrated by Kristi Burns.