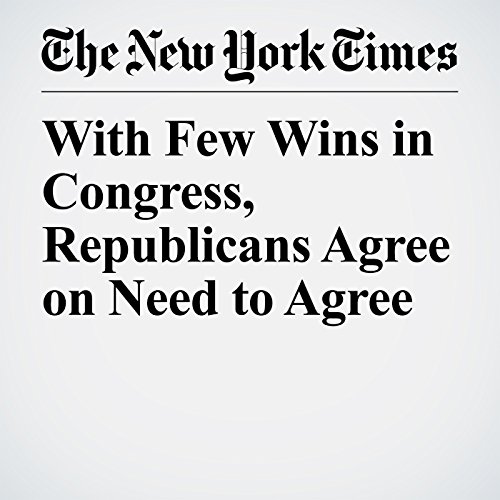 With Few Wins in Congress, Republicans Agree on Need to Agree

Most people do not become U.S. senators to pass a resolution declaring National Lobster Day. But Congress has had to settle largely for small-bore victories since President Donald Trump was sworn into office, ostentatiously failing to pass a bill to repeal his predecessor’s health care law and achieving little substantive policy legislation.

"With Few Wins in Congress, Republicans Agree on Need to Agree" is from the August 04, 2017 U.S. section of The New York Times. It was written by Jennifer Steinhauer and narrated by Barbara Benjamin-Creel.