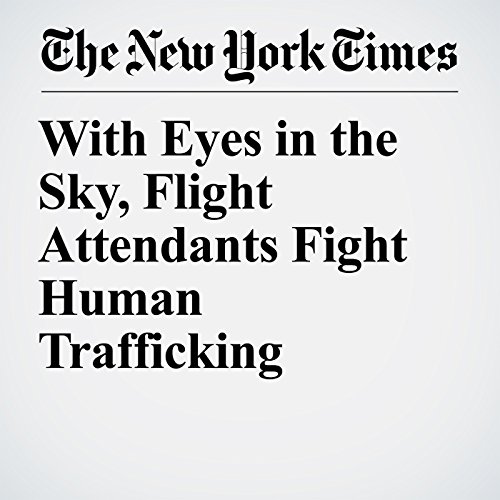 There were 8,042 reported cases of human trafficking in the United States last year — the most ever, according to a report released last week by the nonprofit organization Polaris. Most of those came through calls to the National Human Trafficking Hotline, which was established by the federal government in December 2007 and is operated by Polaris in a public-private partnership.

"With Eyes in the Sky, Flight Attendants Fight Human Trafficking" is from the February 07, 2017 U.S. section of The New York Times. It was written by Jacey Fortin and narrated by Fleet Cooper.