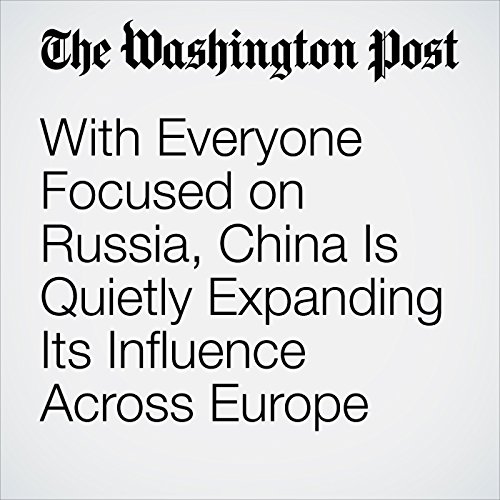 Shortly after the turmoil surrounding President Trump’s repeatedly rescheduled visit to Britain, Prime Minister Theresa May embarked on a trip to Beijing where she celebrated a new “golden era” and was cheered by the Chinese news media for not bringing up pesky human rights issues.

"With Everyone Focused on Russia, China Is Quietly Expanding Its Influence Across Europe" is from the February 05, 2018 World section of The Washington Post. It was written by Rick Noack and narrated by Sam Scholl.

Cosa pensano gli ascoltatori di With Everyone Focused on Russia, China Is Quietly Expanding Its Influence Across Europe