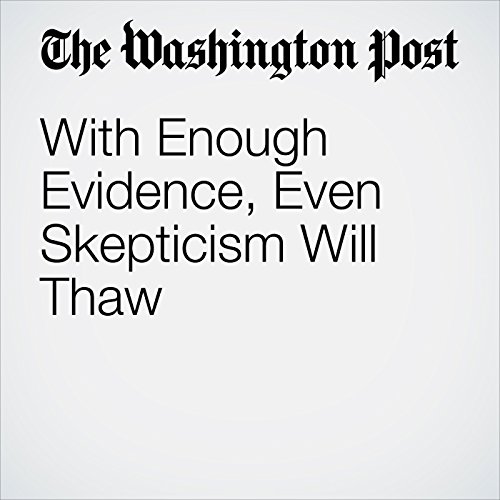 With Enough Evidence, Even Skepticism Will Thaw

Half a decade before he took this trip to the farthest reaches of the north, Andreas Muenchow had his doubts about whether warming temperatures were causing one of the world’s great platforms of ice to melt and fall apart. He even stood before Congress in 2010 and balked on whether climate change might have caused a mammoth chunk of ice, four times the size of Manhattan, to break off from this floating, 300-square-mile shelf. The University of Delaware oceanographer said he wasn’t sure. He needed more evidence.

"With Enough Evidence, Even Skepticism Will Thaw" is from the December 30, 2016 World section of The Washington Post. It was written by Chris Mooney and narrated by Sam Scholl.