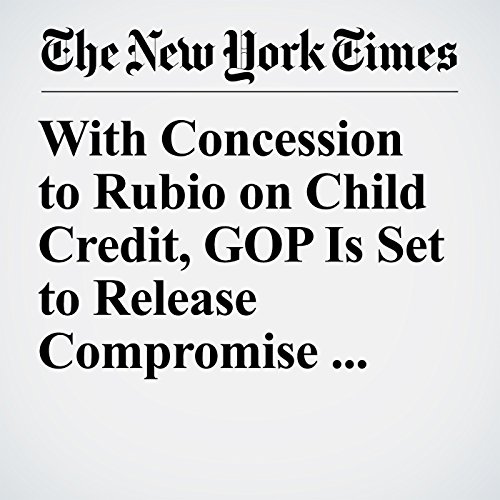 A group of Republican lawmakers tasked with merging the House and Senate tax bill signed a final version of the legislation Friday, a key step that will allow the full text of the bill to be released later today and voted on early next week.

"With Concession to Rubio on Child Credit, GOP Is Set to Release Compromise Tax Plan" is from the December 15, 2017 Politics section of The New York Times. It was written by Jim Tankersley and Thomas Kaplan and narrated by Kristi Burns.