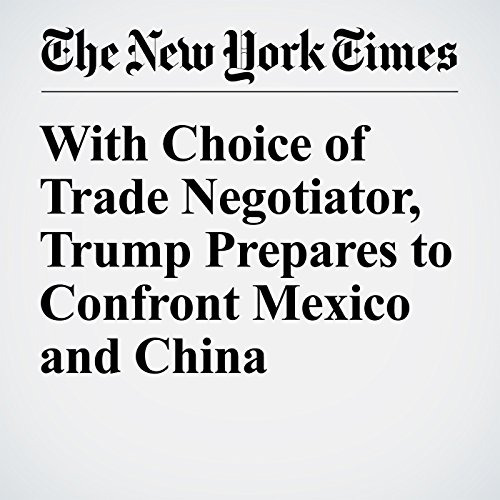 President-elect Donald Trump on Tuesday named as his chief trade negotiator a Washington lawyer who has long advocated protectionist policies, the latest sign that Trump intends to fulfill his campaign promise to get tough with China, Mexico and other trading partners.

"With Choice of Trade Negotiator, Trump Prepares to Confront Mexico and China" is from the January 03, 2017 Business section of The New York Times. It was written by Binyamin Appelbaum and narrated by Kristi Burns.