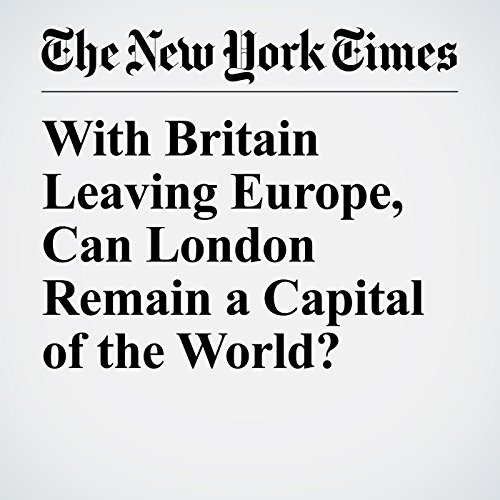 "With Britain Leaving Europe, Can London Remain a Capital of the World?" is from the April 10, 2017 World section of The New York Times. It was written by Sarah Lyall and narrated by Caroline Miller.