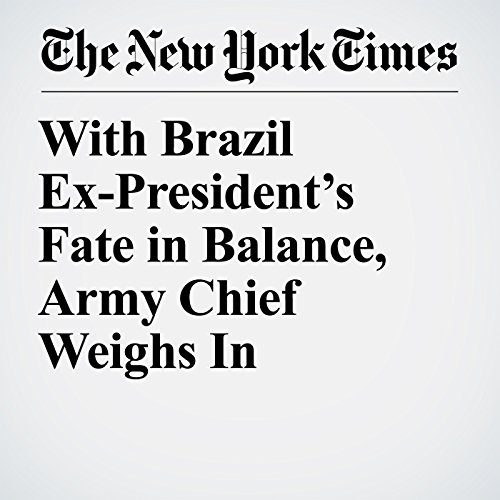 SÃO PAULO — On the eve of a fateful court ruling that could determine whether a former president of Brazil continues a comeback bid or goes to prison, the army chief made a rare incursion into politics Tuesday night, saying that the armed forces “repudiated impunity.”

"With Brazil Ex-President’s Fate in Balance, Army Chief Weighs In" is from the April 04, 2018 World section of The New York Times. It was written by Shasta Darlington and narrated by Keith Sellon-Wright.