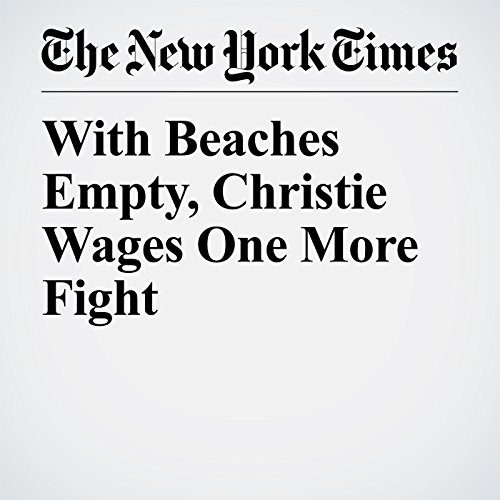 The political standoff that shut down New Jersey state beaches and parks over the weekend began in February with a signature laugh line delivered by Gov. Chris Christie.

"With Beaches Empty, Christie Wages One More Fight" is from the July 02, 2017 U.S. section of The New York Times. It was written by Russ Buettner and Nate Schweber and narrated by Kristi Burns.