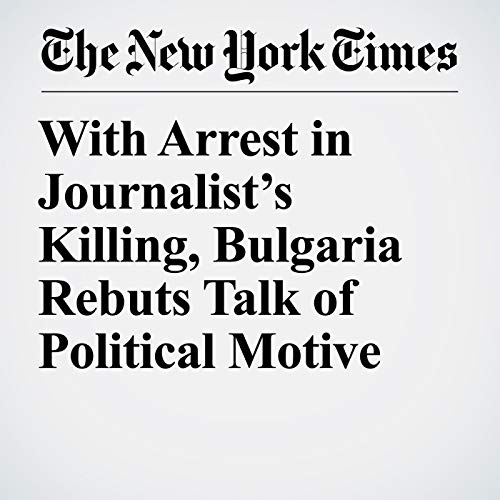 SOFIA, Bulgaria — A man has been arrested in Germany and charged with the rape and murder of a Bulgarian journalist, authorities in Bulgaria announced Wednesday, saying that there was no indication that she had been killed because of her work.

"With Arrest in Journalist’s Killing, Bulgaria Rebuts Talk of Political Motive" is from the October 10, 2018 World section of The New York Times. It was written by Boryana Dzhambazova and narrated by Kristi Burns.