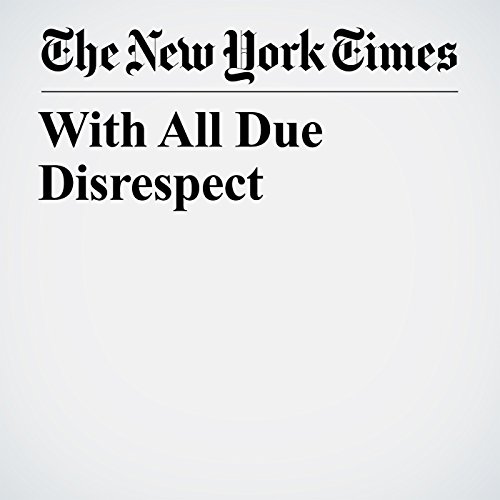 As a young man, Congressman John Lewis, who represents most of Atlanta, literally put his life on the line in pursuit of justice. As a key civil rights leader, he endured multiple beatings. Most famously, he led the demonstration that came to be known as Bloody Sunday, suffering a fractured skull at the hands of state troopers. Public outrage over that day’s violence helped lead to the enactment of the Voting Rights Act.

Now Lewis says that he won’t attend the inauguration of Donald Trump, whom he regards as an illegitimate president.

""With All Due Disrespect"" is from the January 15, 2017 Opinion section of The New York Times. It was written by Paul Krugman and narrated by Caroline Miller.

Cosa pensano gli ascoltatori di With All Due Disrespect