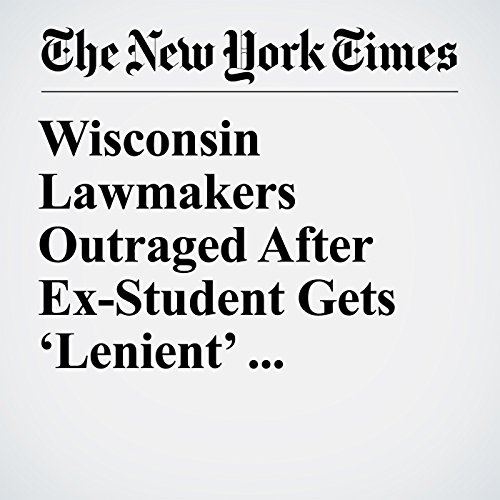 Six Wisconsin lawmakers this week condemned what they said was a lenient three-year prison sentence given to a former University of Wisconsin student who admitted to sexually assaulting three women and choking or stalking two others.

"Wisconsin Lawmakers Outraged After Ex-Student Gets ‘Lenient’ Sentence for Sex Crimes" is from the June 28, 2018 U.S. section of The New York Times. It was written by Melissa Gomez and Matt Stevens and narrated by Keith Sellon-Wright.