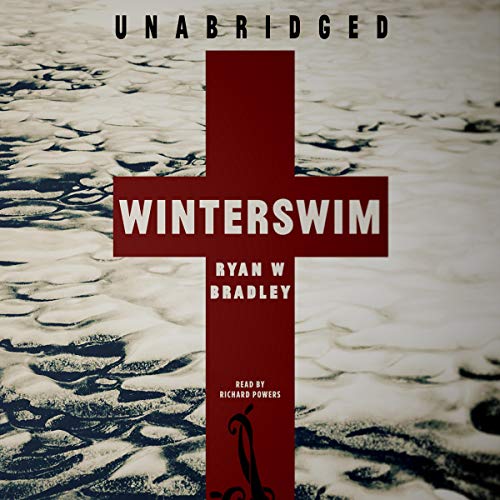 Pastor Sheldon Long was born of the woods, raised in a secluded cabin by a mute mother and an abusive father who preached God's vengeance. Forced to take control of his own destiny, Pastor Long found God in his own way, melded with the mythologies of his mother's tribe. Now he's out to send the wicked, as he has judged them, to heaven.

Steven, Pastor Long's son, is simultaneously pining for his former babysitter, who has moved to Hollywood, and crushing on nearly every girl he goes to school with. Soon his preoccupation with the opposite sex lures him into investigating a string of drownings that local police are declaring accidents.

Ryan W. Bradley's novella Winterswim weaves religiosity and mythology into a tale of drugs, sex, and murder set against the frozen backdrop of blue-collar Alaska.

If you want to read a book that goes from one rape and murder to the next with nearly nothing in between, you might like this book. Honestly I think its some sort of twisted sick genre type book.

What could Ryan W. Bradley have done to make this a more enjoyable book for you?

What didn’t you like about Paul Michael Garcia’s performance?

The content was so disturbing the performance didn't matter.

If you could play editor, what scene or scenes would you have cut from Winterswim?

Don't listen to this.