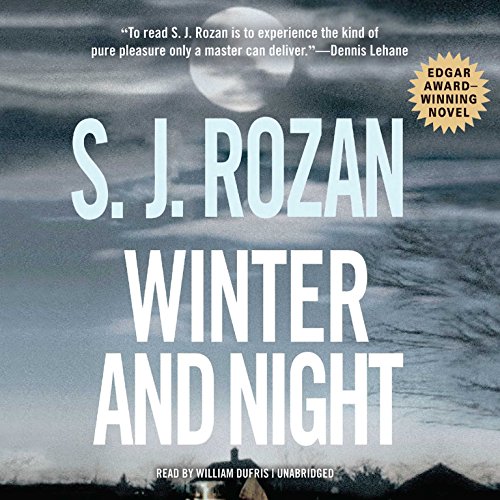 Private detective Bill Smith is hurtled headlong into the most provocative - and personal - case of his career when he receives a chilling late-night phone call from the NYPD, which is holding his 15-year-old nephew Gary. But Gary escapes Bill's custody and disappears into the dark, unfamiliar streets.

Bill and his partner, Lydia Chin, try to find the missing teen; their search takes them to a small town in New Jersey, where they discover that one of Gary's classmates was murdered. Bill and Lydia delve into the crime - only to find it eerily similar to a decades-old murder-suicide. Now, with his nephew's future - and his very life - at stake, Bill must unravel a long-buried crime and confront the darkness of his own past.

Found the narrator to be annoying in how pronounced and stereotyped he interpreted and delivered the character voices. Should have been more subtle.

One portrayal in particular was beyond, so offensive, that of "Luigi". Supposedly Puerto Rican, but spoken in the most "Speedy Gonzalez Mexican cartoon stereotype". And the vocabulary....never in my life have I ever heard a Rican speak in that phoney baloney cadence nor call anyone Cheeeko. Shame on the reader, the director and the producer.

This is a good story but I didn't care for the narration. Is the narrator trying ro sound like a traditional tough-guy detective? Maybe tried a bit too hard to hit that mark.

Great plot with a great hidden sense of humor. At the start though the book doesn’t seem to give you any clue to go on with, no connection to any character and it just kind of jumps in to the story so I felt disconnected at the start. The book also doesn’t really intensify how critical some situations are. But I pulled through and everything made sense.

An interesting book with some interesting and some annoying characters. The kind of story I wanted to see through to the end, only to find it ended in a bit of an anti-climax with a number of characters not getting their overdue comeuppance! lol So, not your traditional ending but an interesting story all the same. Not sure if this belongs in the bottom section of my top tier or the top section of my second tier. Since she has won several awards for her books I'll look for another to try.

Story was great but too much profanity

This has been a problem in the NE. Sorry and narrator we’re both good.
But the profanity was too much.. if I wasn’t on BT with earplugs it was difficult to listen too. Especially in my car or outside with people nearby.

At first, I wasn't sure that I was going to like this book. But after the first 2 chapters, I didn't want to stop listening. Great story, great narration.

The story kind of fell flat for me with the several personal conflict scenes that just seemed a bit overdone.

although the storyline was lacking in some ways, the outstanding narration reeled me in, and held my attention - tll the very end