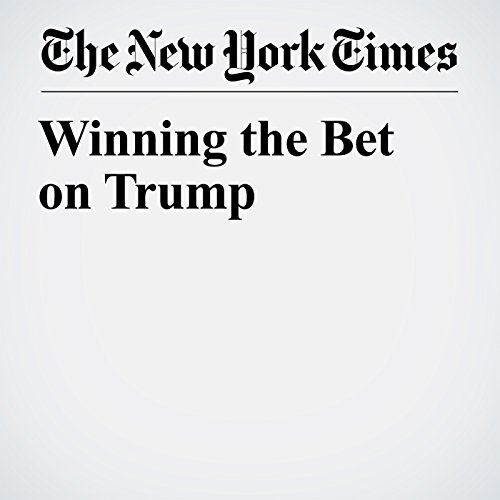 Emotions were running high outside the security gates on Friday, with protesters in downtown Washington clashing with Trump supporters and the police. But inside the security perimeter, everyone waited patiently in the rain to enjoy the day — and the new president’s victory, despite what everyone (especially the media) had predicted would happen.

"Winning the Bet on Trump" is from the January 20, 2017 Opinion section of The New York Times. It was written by Emma Roller and narrated by Fleet Cooper.