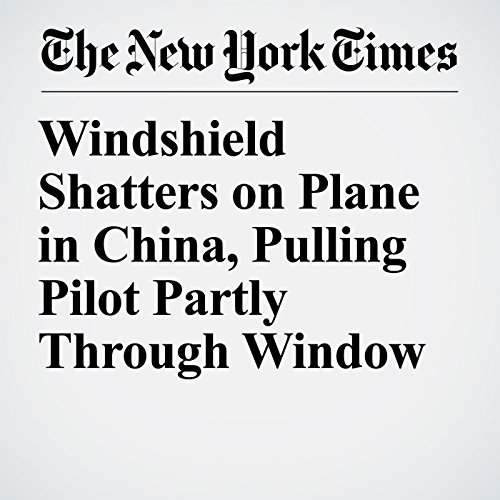 HONG KONG — A Sichuan Airlines plane heading for Tibet made an emergency landing Monday after its windshield shattered and a co-pilot was partially sucked out of the cockpit, the local news media reported.

"Windshield Shatters on Plane in China, Pulling Pilot Partly Through Window" is from the May 15, 2018 World section of The New York Times. It was written by Mike Ives and Tiffany May and narrated by Keith Sellon-Wright.