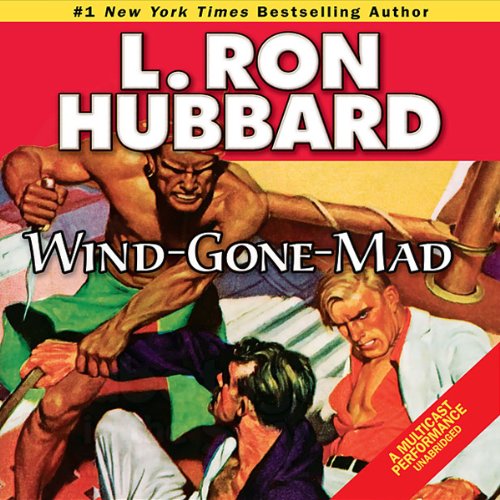 Who is Wind-Gone-Mad? He is an ace pilot, a fearless fighter, and the ultimate defender of a war-torn China. But like the storied hero Batman, he is also an enigma, a man in disguise, his true identity shrouded in mystery. And, as with the Caped Crusader and the Joker, he faces one ruthless nemesis above all - a man known simply as "The Butcher."

The epic battle has been set into motion by Jim Dahlgren - an American executive with the Amalgamated Aeronautical Company. He is determined to give China a fighting chance against The Butcher - and against the Western diplomats whose sole interest in the country is to profit from its internal strife. China's only chance, Dahlgren realizes, is the legendary Wind-Gone-Mad.

To "The Butcher," China is a side of beef to carve up and serve at his pleasure. But when Wind-Gone-Mad flies into the action, it may well be "The Butcher" who ends up being dead meat. Ultimately, the only thing more thrilling than the mystery man’s fighting spirit is the true nature of his identity.

Also includes the Asian adventures, “Tah,” the tragic story of a twelve-year-old boy betrayed by his father ... and by his life; and “Yellow Loot,” in which the pursuit of a priceless stash of ancient amber leads to a heart-stopping chase on the Great Wall of China.

Swords are slashing, bullets are blasting, and fighter planes are flashing through the air as the audio version of Wind-Gone-Mad flies into the heart of an ancient culture and conflict.

“Top-notch, with realistic sound effects that take listeners to a new time and place. The cast of narrators is stellar, with each performer deserving praise. A subtle musical score creates a stirring atmosphere of foreboding that draws listeners into each story from the start.” —AudioFile