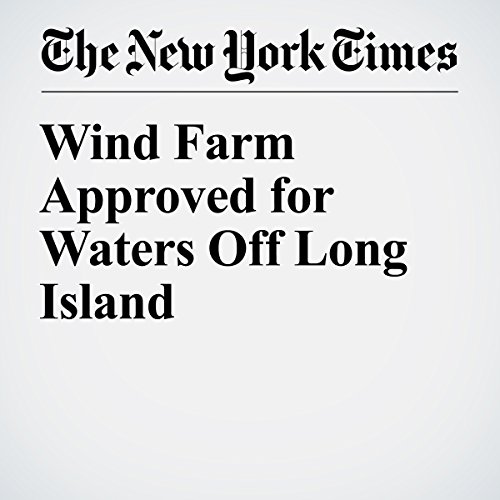 The farm, with as many as 15 turbines capable of powering 50,000 average homes, is the first of several planned by the developer, Deepwater Wind. It will be placed in a 256-square-mile parcel, with room for as many as 200 turbines, that the company is leasing from the federal government.

""Wind Farm Approved for Waters Off Long Island" is from the January 25, 2017 Business section of The New York Times. It was written by Diane Cardwell and narrated by Kristi Burns.