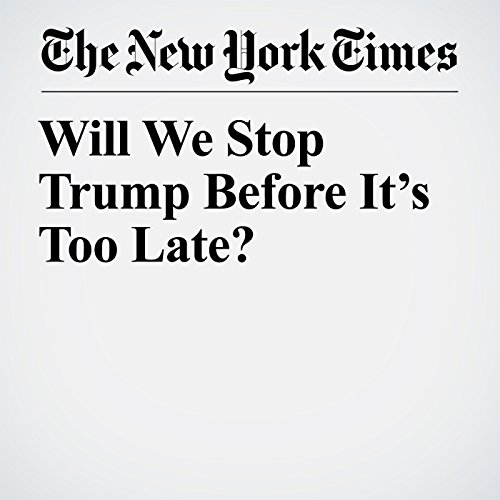 On April 28, 1945 — 73 years ago — Italians hung the corpse of their former dictator Benito Mussolini upside down next to a gas station in Milan. Two days later, Adolf Hitler committed suicide in his bunker beneath the streets of war-ravaged Berlin. Fascism, it appeared, was dead.

"Will We Stop Trump Before It’s Too Late?" is from the April 06, 2018 Opinion section of The New York Times. It was written by Madeleine Albright and narrated by Fleet Cooper.

Cosa pensano gli ascoltatori di Will We Stop Trump Before It’s Too Late?

Define fascism first. It's not the US. Next, describe why the US should continue the same political posture and expect another outcome. Change is required. Trump's not the problem. He's the solution America voted for.

Stop Him From What?

Undoing the Obama Policies that nearly destroyed the United States? Wake up America ... Get behind the President Trump agenda to continue to Make America Great Again!!!