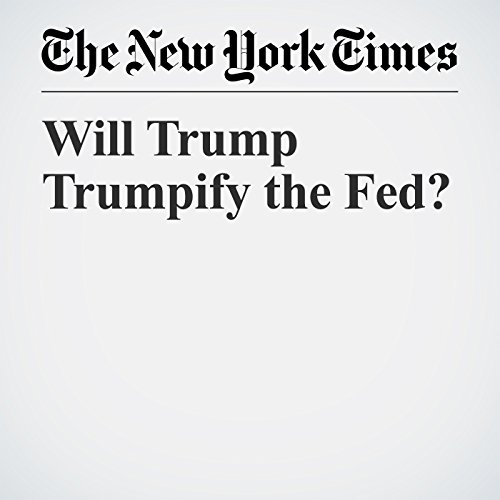 By all accounts, Rex Tillerson has demoralized and degraded the State Department to the point of uselessness. Tom Price did much the same to Health and Human Services before jetting off. Scott Pruitt has moved rapidly to eliminate the “protection” aspect of the Environmental Protection Agency. And similar stories are unfolding throughout the executive branch.

"Will Trump Trumpify the Fed?" is from the October 05, 2017 Opinion section of The New York Times. It was written by Paul Krugman and narrated by Barbara Benjamin-Creel.