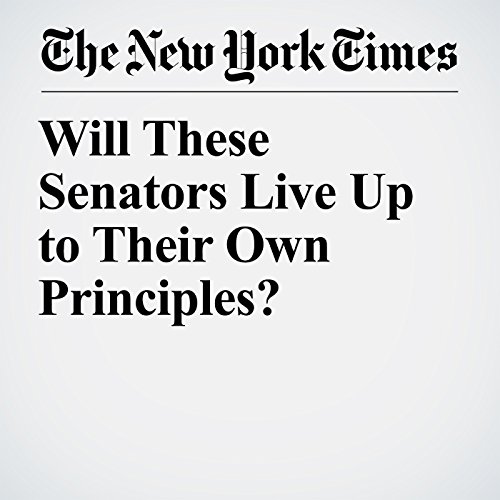 A small number of Republicans — fewer than 10 — will probably determine the fate of the Trump tax plan. The group includes five senators who have been independent enough in recent months to defy their party leaders, not just with words but actions, as well as a couple who may be newly willing to do so.

"Will These Senators Live Up to Their Own Principles?" is from the November 26, 2017 Opinion section of The New York Times. It was written by David Leonhardt and narrated by Kristi Burns.

Cosa pensano gli ascoltatori di Will These Senators Live Up to Their Own Principles?