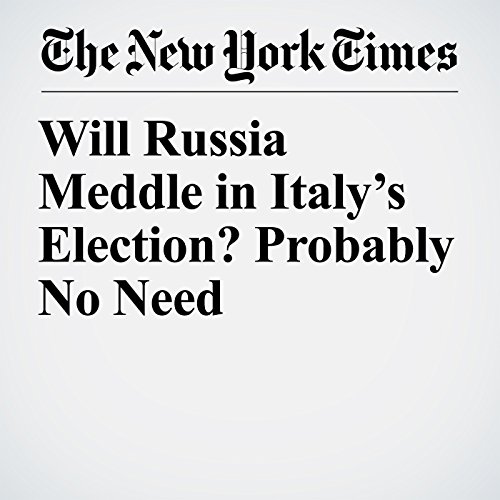 It happened in the United States. Then there were the Netherlands, France and Germany. One after the other, the West’s leading democracies have staged national elections in which Russia is accused of using social media and fake news to try to influence the outcome.

"Will Russia Meddle in Italy’s Election? Probably No Need" is from the March 01, 2018 World section of The New York Times. It was written by Jason Horowitz and narrated by Barbara Benjamin-Creel.