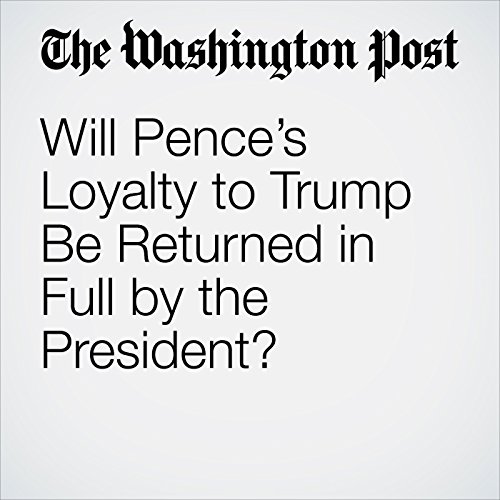 The most important relationship in the White House should be the one between President Trump and Vice President Pence. By the accounts of those around the two leaders, that bond is extremely strong. Which makes it even more inexplicable that Pence was kept in the dark during what became one of the biggest headaches to hit the new administration.

"Will Pence’s Loyalty to Trump Be Returned in Full by the President?" is from the February 18, 2017 Politics section of The Washington Post. It was written by Dan Balz and narrated by Jill Melancon.

Cosa pensano gli ascoltatori di Will Pence’s Loyalty to Trump Be Returned in Full by the President?