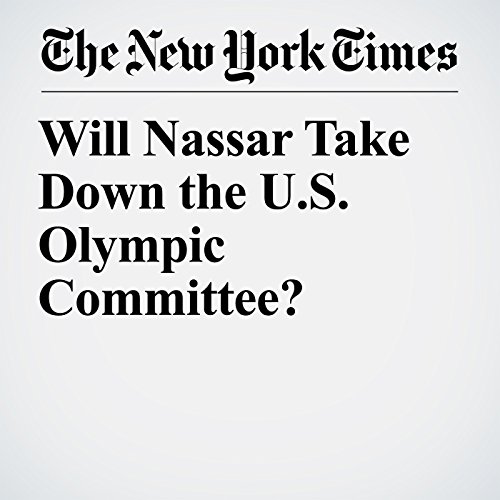 The president of Michigan State has resigned under pressure. So have several members of the board of USA Gymnastics. Now the heat turns to full boil on the U.S. Olympic Committee, whose officials did not even bother to sit in the Michigan courtroom to hear the grim, brave testimony of more than 150 girls and women, some of them Olympic champions, about how Dr. Lawrence G. Nassar molested them when he was supposed to be healing them.

"Will Nassar Take Down the U.S. Olympic Committee?" is from the January 25, 2018 Sports section of The New York Times. It was written by Jeré Longman and narrated by Mike DelGaudio.