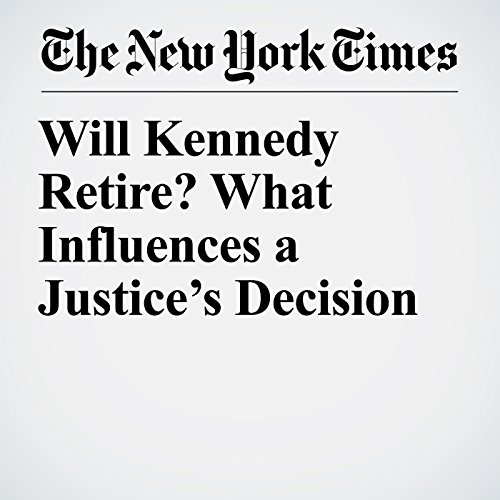 Supreme Court justices say they do not act politically when they decide cases. But they freely admit to taking account of politics in deciding when to retire. Most justices, for instance, try to step down under politically like-minded presidents.

"Will Kennedy Retire? What Influences a Justice’s Decision" is from the February 19, 2018 U.S. section of The New York Times. It was written by Adam Liptak and narrated by Keith Sellon-Wright.