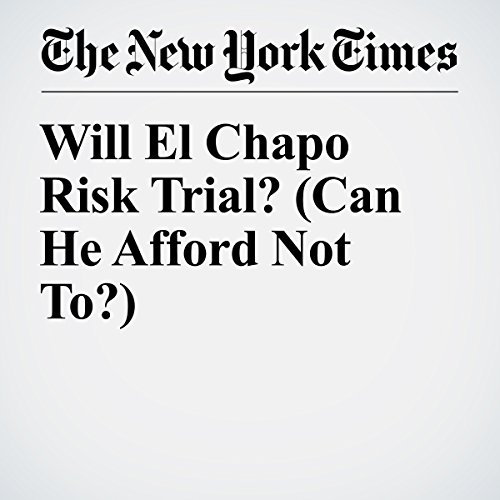 Now that Joaquín Guzmán Loera, the crime lord known as El Chapo, has been extradited from Mexico and has pleaded not guilty in Brooklyn, New York, to charges of running the planet’s biggest drug empire, his prosecution will enter a crucial phase — provided, of course, he does not manage to tunnel free from the high-security jail in Manhattan where he is being held.

""Will El Chapo Risk Trial? (Can He Afford Not To?)" is from the January 25, 2017 U.S. section of The New York Times. It was written by Alan Feuer and narrated by Kristi Burns.

Cosa pensano gli ascoltatori di Will El Chapo Risk Trial? (Can He Afford Not To?)