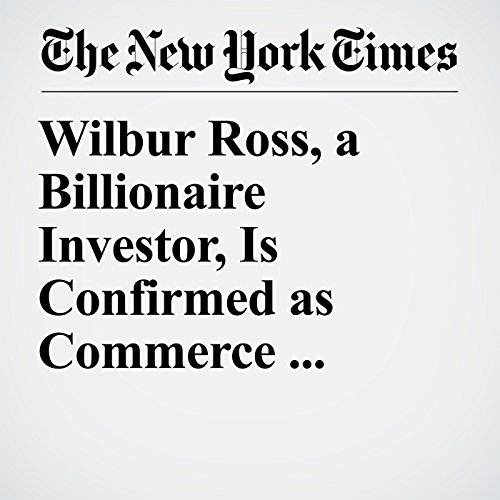 Wilbur Ross, a Billionaire Investor, Is Confirmed as Commerce Secretary

The Senate confirmed Wilbur L. Ross, the billionaire investor, as commerce secretary on Monday, installing a key leader for the Trump administration’s plans to overhaul trade deals such as NAFTA.

"Wilbur Ross, a Billionaire Investor, Is Confirmed as Commerce Secretary" is from the February 27, 2017 U.S. section of The New York Times. It was written by Alan Rappeport and narrated by Kristi Burns.