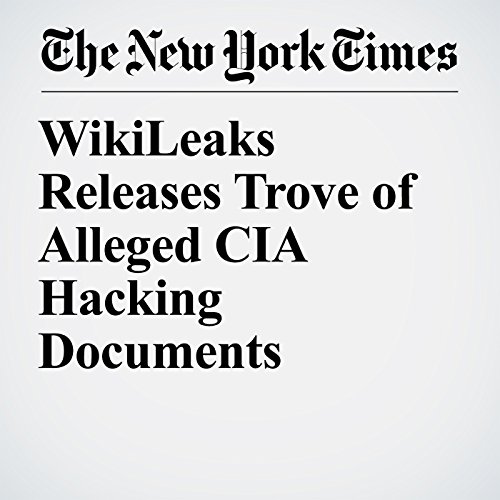 WikiLeaks on Tuesday released thousands of documents that it said described sophisticated software tools used by the CIA to break into smartphones, computers and even Internet-connected televisions.

"WikiLeaks Releases Trove of Alleged CIA Hacking Documents" is from the March 07, 2017 U.S. section of The New York Times. It was written by Scott Shane, Mark Mazzetti and Matthew Rosenberg and narrated by Fleet Cooper.