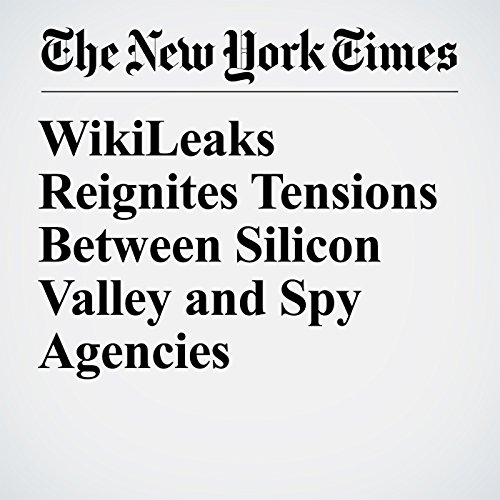 The tense relationship between the technology industry and government agencies has been well documented. After the disclosures by Snowden, a former contractor for the National Security Agency, the government appeared to give some ground to the industry, which was angered by previously unknown snooping on their products and embarrassed by disclosures of their cooperation with intelligence agencies.

"WikiLeaks Reignites Tensions Between Silicon Valley and Spy Agencies" is from the March 07, 2017 Business section of The New York Times. It was written by Vindu Goel and Nick Wingfield and narrated by Caroline Miller.