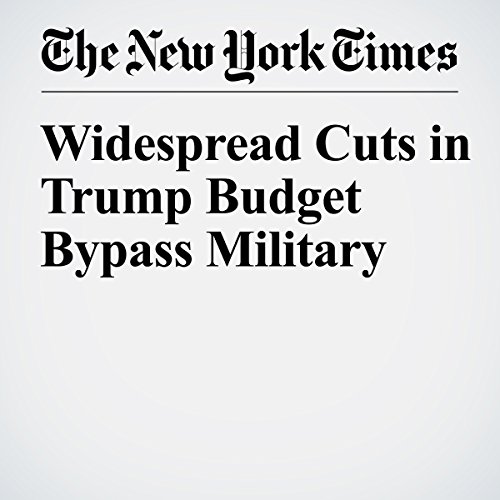 Preliminary budget outlines are usually little-noticed administrative exercises, the first step in negotiations between the White House and federal agencies that usually shave the sharpest edges off the initial request.

But this plan — a product of a collaboration between the Office of Management and Budget director, Mick Mulvaney; the National Economic Council director, Gary Cohn; and the White House chief strategist, Stephen Bannon — is intended to make a big splash for a president eager to show that he is a man of action.

"Widespread Cuts in Trump Budget Bypass Military" is from the February 26, 2017 U.S. section of The New York Times. It was written by Glenn Thrush, Kate Kelly and Maggie Haberman and narrated by Caroline Miller.