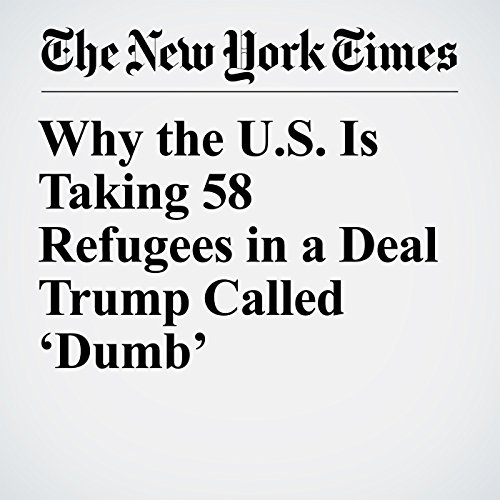 They were the asylum seekers Australia rejected, and President Donald Trump resisted: the men stuck on Manus Island in Papua New Guinea because of Australia’s offshore detention policy.

"Why the U.S. Is Taking 58 Refugees in a Deal Trump Called ‘Dumb’" is from the January 23, 2018 World section of The New York Times. It was written by Damien Cave and narrated by Keith Sellon-Wright.