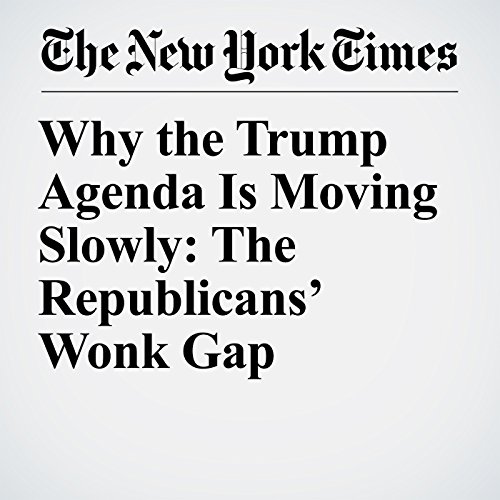 Why the Trump Agenda Is Moving Slowly: The Republicans’ Wonk Gap

When Republicans won in November, it looked as if 2017 would reflect a major legislative shift to the right. But two months into the 115th Congress and six weeks into the Trump administration, progress on fulfilling Republicans’ major domestic policy goals is looking further away, not closer.

"Why the Trump Agenda Is Moving Slowly: The Republicans’ Wonk Gap" is from the February 28, 2017 U.S. section of The New York Times. It was written by Neil Irwin and narrated by Fleet Cooper.