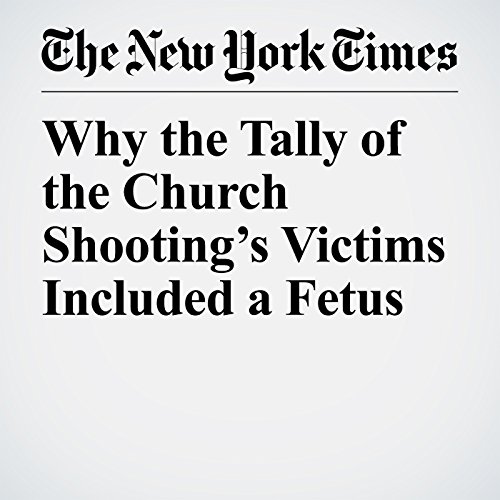 Assessing the grim toll of the massacre in Sutherland Springs, Texas, sheriff’s deputies found 22 of the bodies inside the First Baptist Church, but by their reasoning, one more victim died there — inside the womb of Crystal Holcombe, who was killed in the pews along with three of her five children.

"Why the Tally of the Church Shooting’s Victims Included a Fetus" is from the November 07, 2017 U.S. section of The New York Times. It was written by Laurie Goodstein and narrated by Keith Sellon-Wright.