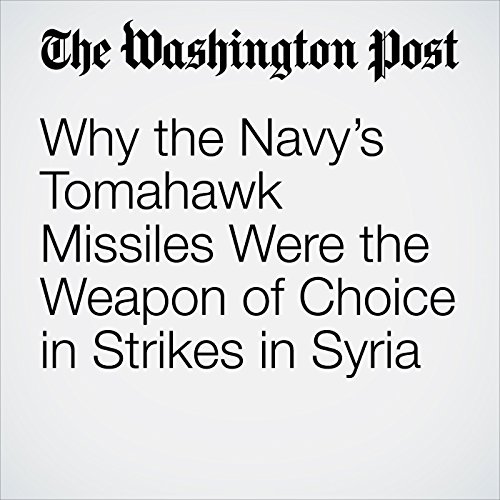 The Tomahawk has been a critical part of U.S. warfare since the Persian Gulf War in 1991 and commonly carries a 1,000-pound warhead.

"Why the Navy’s Tomahawk Missiles Were the Weapon of Choice in Strikes in Syria" is from the April 06, 2017 Politics section of The Washington Post. It was written by Dan Lamothe and narrated by Barbara Benjamin-Creel.