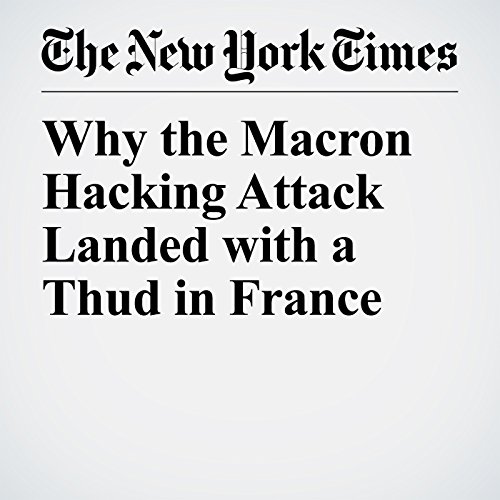 News of the hacking lit up social media, especially in the United States, where the attack echoed one on the Democratic National Committee last year, and where far-right activists have joined together to spread extremist messages in Europe.

"Why the Macron Hacking Attack Landed with a Thud in France" is from the May 08, 2017 World section of The New York Times. It was written by Rachel Donadio and narrated by Keith Sellon-Wright.