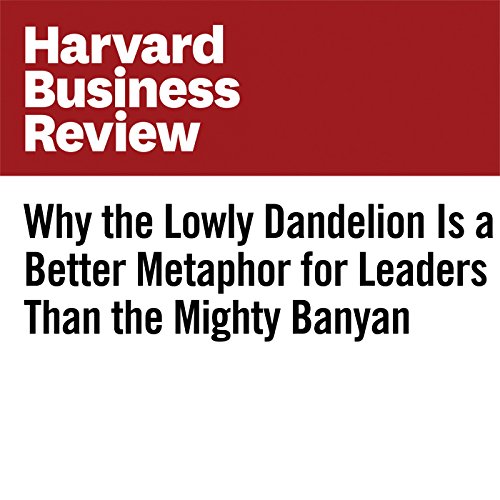 Banyans are among the world’s largest and longest-living trees — one in India is more than 200 years old and is reported to be the world’s largest tree. Bigger than the average Wal-Mart, it has a canopy of more than 19,000 square meters. Not surprisingly, this visual distinctiveness has come to symbolize magnificence, immortality, and stature — attributes typically associated with strong, stable leadership.

"Why the Lowly Dandelion Is a Better Metaphor for Leaders Than the Mighty Banyan" is from hbr.org, published on March 23, 2017.