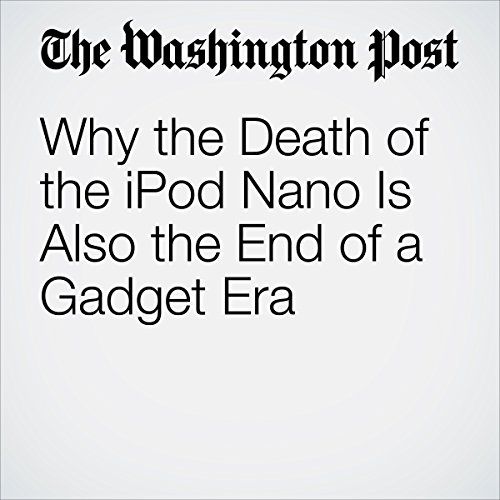 Apple has killed off the iPod nano and the iPod shuffle, the remaining music players in its lineup that were solely dedicated to playing music. It has gotten rid of their Web pages and no longer sells them online; those feeling nostalgic have to hit up Best Buy or other retailers while supplies last. With them go the legacy of the iPod — a device that helped revitalize Apple — and the vestiges of a gadget-driven tech era.

"Why the Death of the iPod Nano Is Also the End of a Gadget Era" is from the July 29, 2017 The Switch section of The Washington Post. It was written by Hayley Tsukayama and narrated by Sam Scholl.