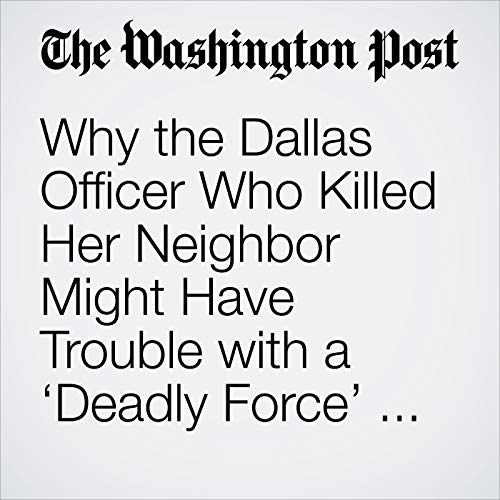 Amber Guyger, the off-duty Dallas officer who shot and killed a man in his apartment last week, may be treated as a civilian, not police, under the law, First Assistant District Attorney Mike Snipes of the Dallas County District Attorney’s Office told The Washington Post on Wednesday.

"Why the Dallas Officer Who Killed Her Neighbor Might Have Trouble with a ‘Deadly Force’ Defense" is from the September 13, 2018 National section of The Washington Post. It was written by Deanna Paul and narrated by Sam Scholl.